The Center for Data Processing (ZDV) is a central scientific institute of the Johannes Gutenberg University Mainz. It provides services in information and communication technologies for students, scientists and employees. The HPC resources are used by research groups of the Johannes Gutenberg University and are also provided to researchers of universities in Rhineland-Palatinate within the Alliance for HPC in Rhineland-Palatinate (AHRP). Together with the HPC resources of TU Kaiserslautern, the ZDV clusters serve as the central resource for HPC for the universities as well as for cooperation with industry and research for solving challenging scientific questions. 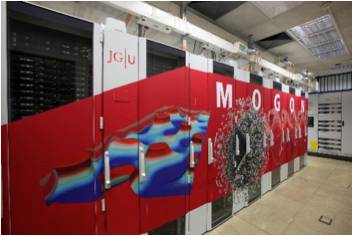 Send a message to ZDV

With about 33,000 students from about 130 nations, Johannes Gutenberg University Mainz (JGU) is one of the largest universities in Germany. As the only comprehensive university in Rhineland-Palatinate, JGU combines almost all academic disciplines under one roof, including the Mainz University Medical Center, the School of Music, and the Mainz Academy of Arts. This is a unique feature in the German academic landscape. With 75 fields of study and a total of 242 degree courses, including 106 Bachelor’s and 116 Master’s degree programs, JGU offers an extraordinarily broad range of courses. JGU’s scientific prowess has been affirmed by its success in the Excellence Initiative by the German federal and state governments to promote top-level research at German universities: Mainz University is one of 23 universities in Germany that have received approval for a so-called Cluster of Excellence as well as approval for a Graduate School of Excellence. The Cluster of Excellence on "Precision Physics, Fundamental Interactions and Structure of Matter" (PRISMA), which is primarily a collaboration between particle and hadron physicists, and the Graduate School of Excellence "MAterials Science IN MainZ" (MAINZ) are considered among the elite research groups worldwide. These two projects will receive financing to the tune of EUR 50 million by 2017.